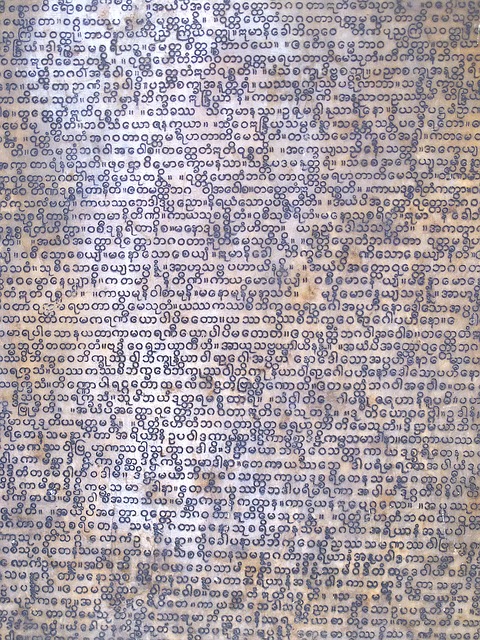 Brian Oliu’s essay, “New Route,” is featured in this year’s summer issue. We asked him a few brief questions on craft. Here are his answers.

A:  I’m a computer over pen & paper type of person, but I also take a lot of notes ­ ­–on my phone, in a  Google Doc, throwing things up in the cloud, etc. As far as other super secret rituals, I’m  especially good at writing when I have something else I have to do that day: like, if I’m meeting  someone for dinner at 7, my best writing happens from like 6:30- ­7:03, & then, of course, I’m late.

A:  Accessibility is a real issue for me: I want someone to be able to read a piece of mine & embody  what I am going through ­ ­to give the reader a unique experience. My goal is to make readers feel  something above all ­ ­it has been difficult balancing straight ­forward narrative as well as my  tendency to slip into lyricism (which is the style I am most comfortable with). However, it is a  fun process & that process fits nicely with the project as a whole.

Q:What’s on your playlist for the route mentioned in this piece?

A:  I’ve recently tried to run without music as of late, just to experience something brand new while  running, but for the most part, I listen to a lot of pop music & hip hop. “Return of the Mack” is an  excellent running song. Rihanna. Miley Cyrus. I’ve recently had to slow my pace down in order  to run further– ­ ­one should be able to carry on a conversation while they run instead of being  entirely out of breath. I run alone, so I figure singing along with Taylor Swift is as close to that  as I’m going to get.

Q:  If this piece were a donut, what kind would it be?

A:  I feel like this piece is much more positive about running & is optimistic about everything, so it’d  be one of the really good ones: a Boston Cream or a Harvest Apple. Donuts are chief motivation  for going running, by the way.

Q: Which writers do you look up to? Who has influenced your writing? What’s one thing  everyone should read?

Joan Didion! Olena Kalytiak Davis! Lia Purpura! Maggie Nelson! Lyn Hejinian! Beth Ann  Fennelly! I’ve been so excited about this resurgence of the personal essay: writers like Cheryl  Strayed, Leslie Jemison, Eula Biss, Jill Talbot, & Elena Passarello are putting out beautiful &  earnest heart ­first work that keeps me going. As for something everyone should read, I’ve been  thinking a lot about Susan Sontag’s On Photography a whole bunch lately, as I’ve been taking a  lot of running selfies lately & how everything online is skewing away from the written word and  toward the image. Basically, I want to know what Sontag would think about Instagram hashtags.

Brian Oliu is originally from New Jersey and currently teaches at the University of Alabama. He is the author of three full-length collections, So You Know It’s Me (Tiny Hardcore Press, 2011), a series of Craigslist Missed Connections, Leave Luck to Heaven (Uncanny Valley Press, 2014), an ode to 8-bit video games, & Enter Your Initials For Record Keeping (Cobalt Press, 2015), essays on NBA Jam. i/o (Civil Coping Mechanisms), a memoir in the form of a computer virus, is forthcoming in 2015. His works in progress deal with professional wrestling and long distance running (not at once).